To access these secret stores, the application imports the secret store SDK, often requiring a fair amount of unrelated boilerplate code. This poses an even greater challenge in multi-cloud scenarios, where different vendor-specific secret stores may be used.

For example, the diagram below shows an application requesting the secret called “mysecret” from a secret store called “vault” from a configured cloud secret store.

If you are using another secret store, you can disable (not configure) the Dapr Kubernetes secret store by setting disable-builtin-k8s-secret-store to true through the Helm settings. The default is false.

In the example below, the application retrieves the same secret “mysecret” from a Kubernetes secret store. 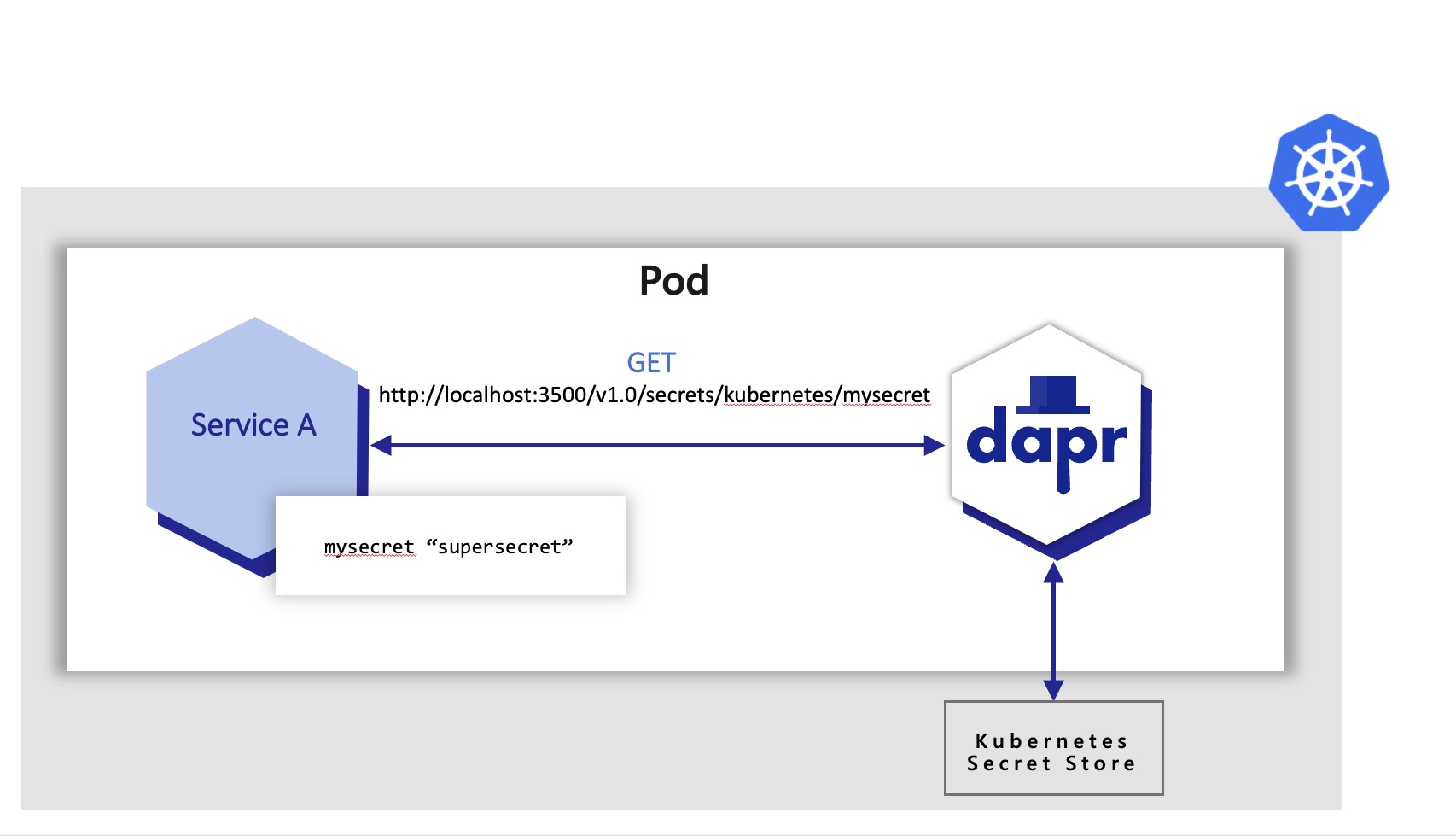 In Azure, you can configure Dapr to retrieve secrets using managed identities to authenticate with Azure Key Vault. In the example below: 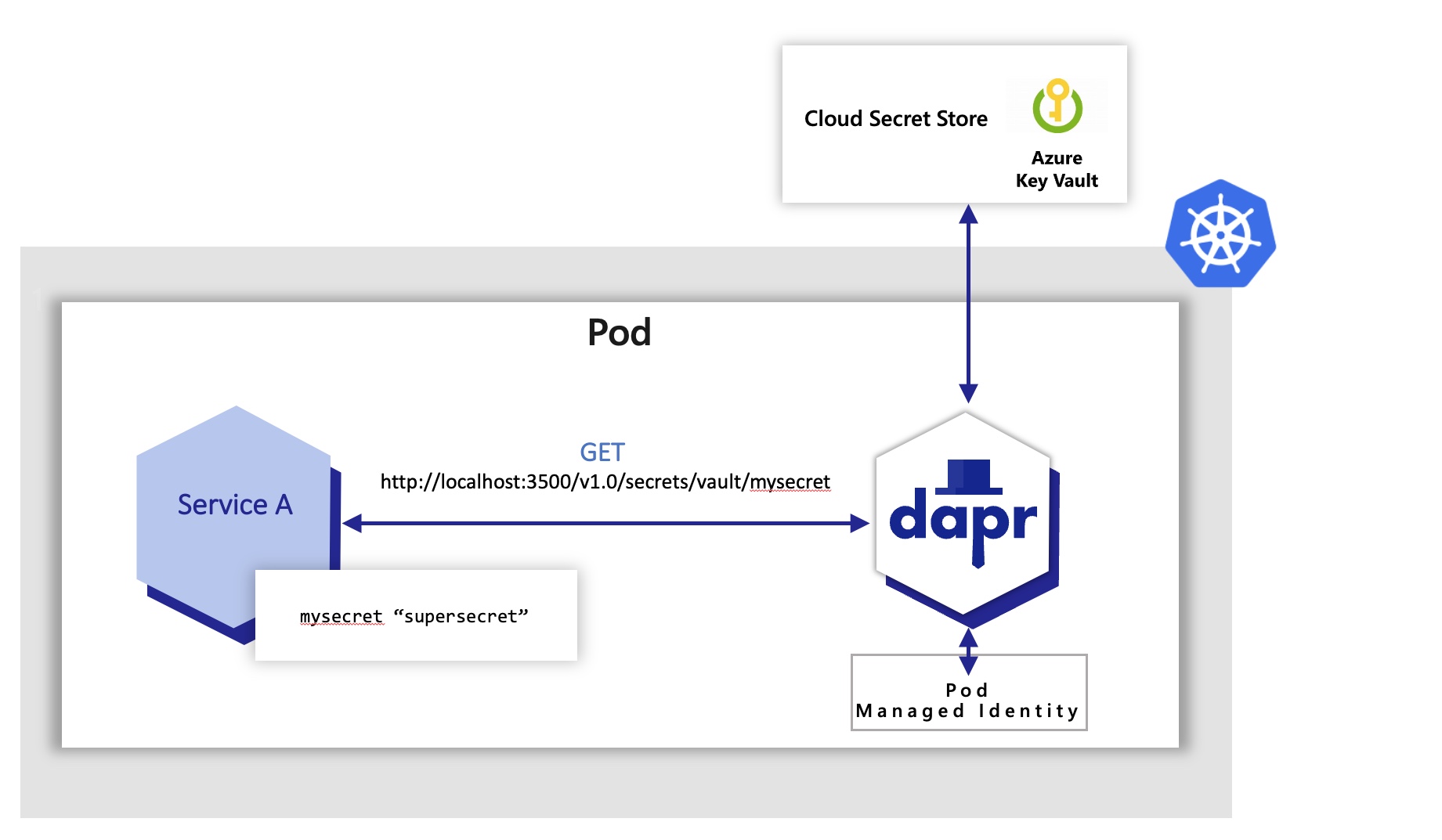 In the examples above, the application code did not have to change to get the same secret. Dapr uses the secret management components via the secrets management building block API.

Try out the secrets API using one of our quickstarts or tutorials.

When configuring Dapr components such as state stores, you’re often required to include credentials in components files. Alternatively, you can place the credentials within a Dapr supported secret store and reference the secret within the Dapr component. This is the preferred approach and recommended best practice, especially in production environments.

Want to put the Dapr secrets management API to the test? Walk through the following quickstart and tutorials to see Dapr secrets in action:

Want to skip the quickstarts? Not a problem. You can try out the secret management building block directly in your application to retrieve and manage secrets. After Dapr is installed, you can begin using the secrets management API starting with the secrets how-to guide.