Overview of the Dapr sidecar process

Dapr uses a sidecar pattern, meaning the Dapr APIs are run and exposed on a separate process, the Dapr sidecar, running alongside your application. The Dapr sidecar process is named daprd and is launched in different ways depending on the hosting environment.

The Dapr sidecar will reach readiness state once the application is accessible on its configured port. The application cannot access the Dapr components during application start up/initialization.

The sidecar APIs are called from your application over local http or gRPC endpoints. 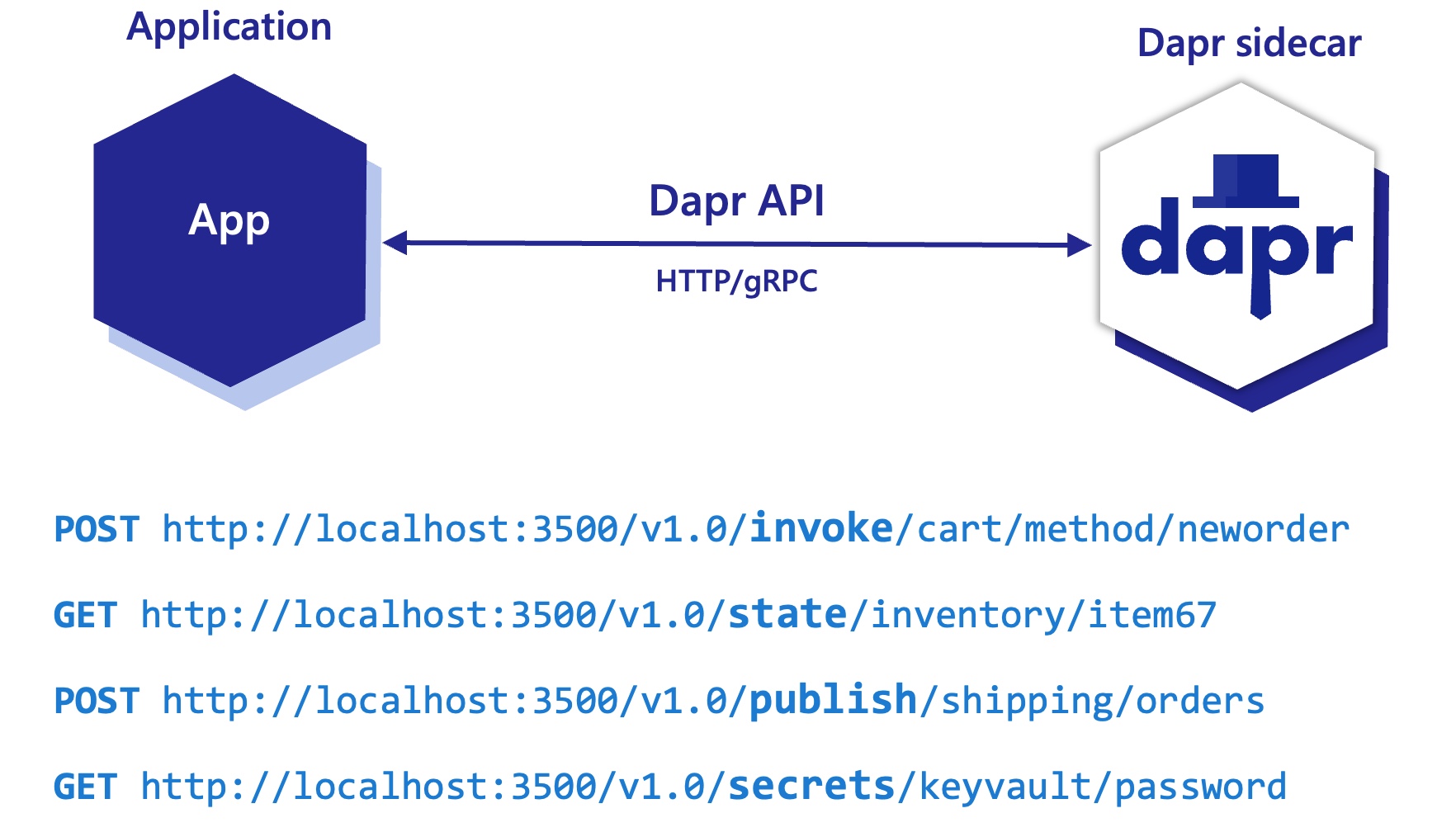 When Dapr is installed in self-hosted mode, the daprd binary is downloaded and placed under the user home directory ($HOME/.dapr/bin for Linux/MacOS or %USERPROFILE%\.dapr\bin\ for Windows). In self-hosted mode, running the Dapr CLI run command launches the daprd executable together with the provided application executable. This is the recommended way of running the Dapr sidecar when working locally in scenarios such as development and testing. The various arguments the CLI exposes to configure the sidecar can be found in the Dapr run command reference.

On Kubernetes, the Dapr control plane includes the dapr-sidecar-injector service, which watches for new pods with the dapr.io/enabled annotation and injects a container with the daprd process within the pod. In this case, sidecar arguments can be passed through annotations as outlined in the Kubernetes annotations column in this table.

In most cases you do not need to run daprd explicitly, as the sidecar is either launched by the CLI (self-hosted mode) or by the dapr-sidecar-injector service (Kubernetes). For advanced use cases (debugging, scripted deployments, etc.) the daprd process can be launched directly.

For a detailed list of all available arguments run daprd --help or see this table which outlines how the daprd arguments relate to the CLI arguments and Kubernetes annotations.